With the last of the runs in the Pacific Northwest dropping out, we decided it was time to begin the search for water.  Since there had already been some discussion about heading to the Shasta Boys premiere of Wet Dreams, we decided to check out what was running in California.  It just so happened that there was a scheduled release on the North Fork of the Feather for the same weekend...SOLD!
After a fun night in Shasta with Shon and the boys we were off again on our quest for whitewater. A few cosmo quizzes and Madonna sing alongs later, we arrived at our destination, boof heaven.  Let the fun begin!
There were three sections running, Roger's Flat, Tobin, and Lobin.  Roger's Flat is a fun class III section that provides lots of splashes and giggles and also serves as a nice warm up for those wishing to step up to class IV on the Lobin section. 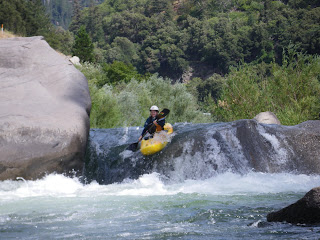 Melissa on a fun drop in Roger's Flat
Next up is Tobin, a class IV-V section of boulder garden goodness.  It is only 1.2 miles long, but has enough boofs and boogie to keep you smiling for days.  The greatest thing about this section is the ease of  snagging a quick shuttle and doing it again! 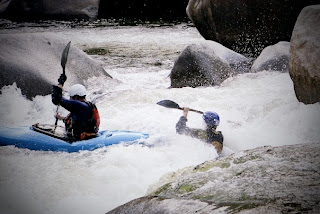 Joe and Ethan in Tobin goodness 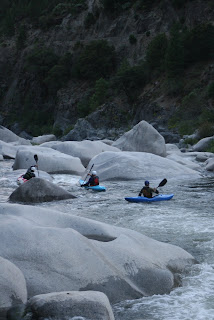 Dropping into the boof park 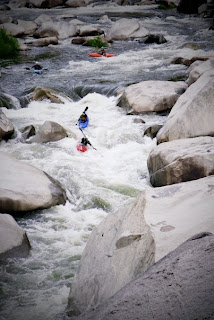 Last drop in Tobin
The lowest section is Lobin, a class III-IV run that starts off with a bang then mellows out over the next several miles. 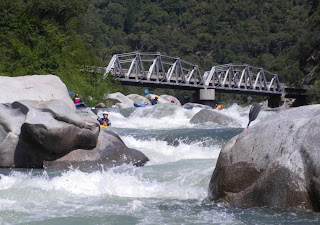 Lobin!
Mission : Successful! We even got to break up our days on the water with a giant star watching slumber party at the Tobin put-in. 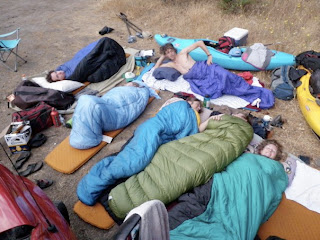 Dear Cali, We Heart You! Heart, Northwest Livin
It looks like there is another release the last weekend in September so pack your bags and go get your boof on!
Posted by Kate Wagner at 9:28 AM No comments: 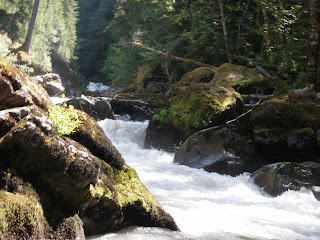 One of my favorite things about the Pacific Northwest is that I can kayak here year round. With water levels dropping in the Columbia River Gorge I headed north into Washington's Gifford Pinchot National Forest. Glaciers on Mount Adams keep the Cispus River flowing late into the summer. 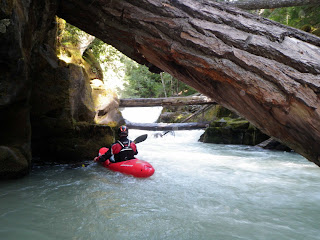 Andy at the put-in drop

The Upper Upper Cispus section flows north through an amazing gorge stacked with Class IV-V boulder gardens, slides and waterfalls. The grand finale as you exit the canyon is a technical rapid leading into a must-run 30 foot waterfall called Behemoth. I went up there with Drew Austell, Andy Round and Brian Lee from Wet Planet Whitewater. They were going in to recover two paddles that had been lost a week or two before. Mission accomplished! We had a safe and exciting run down the canyon and Andy even biked our shuttle. 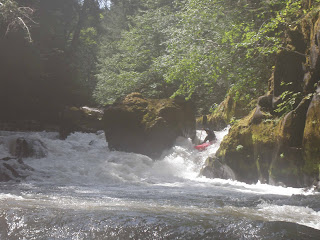 Drew in one of the boulder gardens 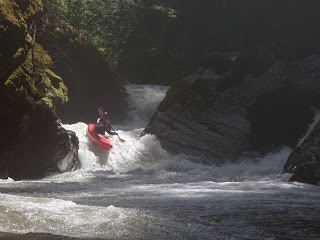 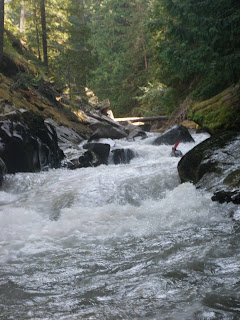 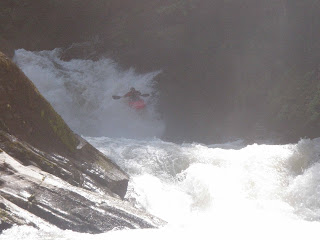 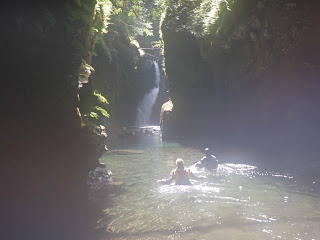 Brian and I hiking a side creek
Posted by Christie G. Eastman at 10:42 AM No comments: